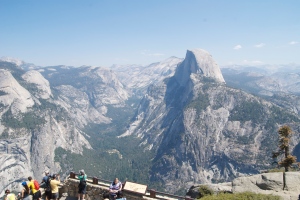 "Life is short so live it well" -Switchfoot

The other day, I saw a video ad for the purple iPhone 12.

He said, “I think so? But this is probably a new color.”

I just remember thinking to myself that it was hilarious because you can’t even tell what color most people’s phones are because everyone has a case on their phone.

I laughed and forgot about the whole thing within minutes.

I’ve cracked the screen on probably half of the phones I’ve ever had.

Ironically, most of the time, the falls were not glorious plunges off of mountains or from the tumultuous loops of a roller coaster.

One time, it fell from my lap in the car to the pavement. Another time, it fell from the counter onto the ground at work. Or my personal favorite: when the pop socket snagged on my pants and the phone flipped out of my pocket to land screen first onto the floor.

I used to buy the Lifeproof cases at the same time I got my phone just to make sure my phone would be safe from damage. Every phone salesman always pulls out the screen protectors and cases even before you’ve decided on your storage space and color options.

“Well you’ll definitely want to get a case with that. Did you want to get AppleCare today? We also have our own insurance plan which I personally think is wayyy better”

It’s great that they are looking out for us and our quite significant investment. But it does seem a little weird that we care so much about the protection of our phones.

I mean think about it, sometimes we get the limited edition red iPhone, but…. do we get to enjoy that special edition color?

Yes, for two seconds when we lift it out of the box, and then we swiftly hand it to the trained professional to apply a screen protector and a bulky case to protect our precious little baby.

Within that case, our phone becomes bulkier in our hands, and I would argue that we drop them more because of that. But ultimately, it remains safe… right?

Dust and scratches might collect on the lens, but our phone stays pristine within that case.

Sure, the phone might be so bloated with data and “iOS software” in a few years that it’s unusable, but at least we never cracked the screen..

While driving the other day, I thought back to when I decided to forget about the case and just use my phone as it was intended.

I found it to be expensive to buy a durable case, but more importantly I found it to be impractical. I found that I was dropping the phone more often than I would without the case, and I found the overall usage of the phone to be better when I went caseless.

I could more easily access the camera, the screen was more responsive, and lowering and raising the volume, as well as muting the phone was so much easier without a case.

There was a fear that came with dropping the unprotected phone, but I almost found that I was more careful with the added danger.

Was that not the longest metaphor of your life?

How often do we disguise who we truly are for fear of being dropped and damaged by those around us?

We wear these bulky cases and change what we appear to be in order to protect ourselves from damage.

We don’t live life to the fullest and we aren’t our true selves, but at least we know that we won’t ever be damaged beyond repair.

The extra barriers might make us clunkier, and maybe we miss out on things in life because we can’t open our camera apps fast enough. How much do we muffle our voices with the protective cases we wear?

And really… were we designed to exist within these cases?

As I drove, I realized that the designers at apple probably did not intend for the phones to be put into cases.

Without the phones, there can be no market for cases and so the genus business model of a necessity for cases was a brilliant sales tactic from the makers of Lifeproof and Otterbox..

But think about it:

But so many of us can’t imagine our phones without their cases.

Safety is important to all of us and I’m not saying throw caution to the wind and just remove your life proof cases. I also don’t accept any liability for any damaged phones that may become damaged due to ideation caused by this post… however, I do ask you as the reader to consider this:

How have you changed your identity and your persona to protect yourself?

Are these changes simply aesthetic… or perhaps are you only a shell of who you could be?

So often we allow the fear of danger to dictate our actions and the trajectories of our lives.

We choose what we consider to be safety, even though in the end, we all end up as useless iPhones with too much bloatware on them.

Sure we might be “safe,” but do we lose who we truly are in the process?

And for you, is that a tradeoff you are willing to make?

The world would be infinitely more colorful if more of us chose to go case less.